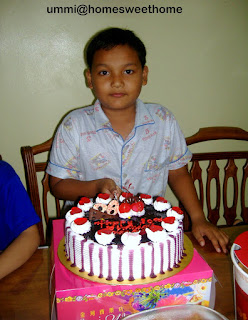 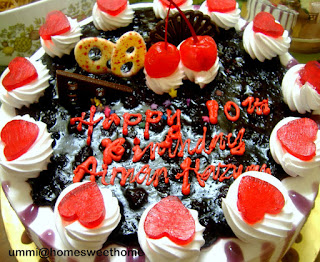 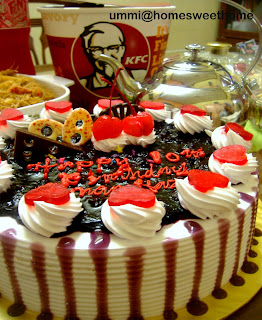 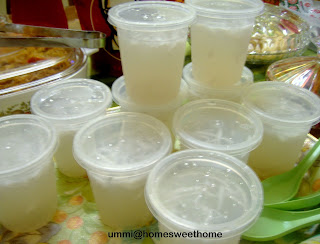 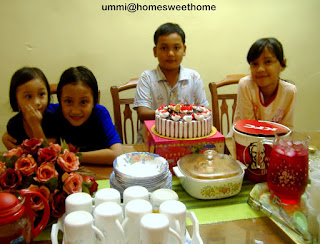 Yesterday I've invited my brother and his family to come over to my house and we celebrated Aiman's mini birthday party at 8.00 pm...I only prepared meehoon goreng, and on the way back from office I bought a bucket of KFC and birthday cake for my dearest Aiman...as promised! Although it was just a small party, he was so happy with his 4 cousins (all girls..heee)...So, layaaann gambar je lah yaa...Yesterday, when he came back from school, he had asked his Abah to accompany him to the nearest shop..he wanted to buy something (apa lagi...mainan laaa...). Yeap! he bought a kind of game called Bidaman (*what is it???...me, pening kepala...hehee). I think, all kids knew this game very well...apa-apa aja lah Aiman..Was that all you've been thinking for your birthday gift?? Waahaa..lucky he didn't ask PS3 or anything that is more expensive!!

Ummi
Kuantan, Pahang, Malaysia
A working woman, cheerful wife to a caring husband and a mother of 4 adorable kids. Just loved being in my small kitchen and trying recipes. Glad to share and encourage a working women out there to cook for their beloved ones too..

Be My Guest And Tq So Much! 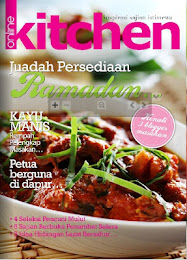 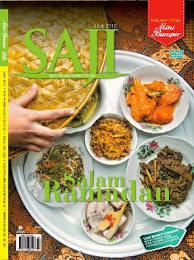 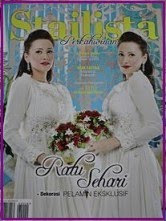 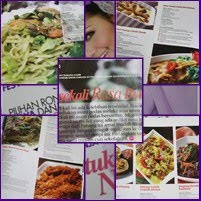 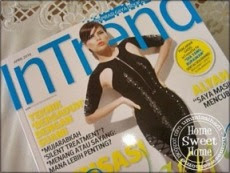